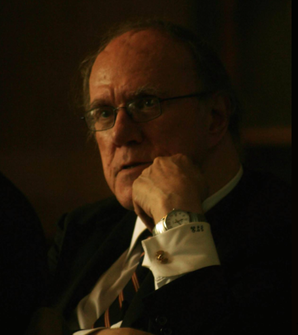 Thomas Riggins is a retired philosophy teacher (NYU, The New School of Social Research, among others) who received a PhD from the CUNY Graduate Center (1983). He has been active in the civil rights and peace movements since the 1960s when he was chairman of the Young People's Socialist League at Florida State University and also worked for CORE in voter registration in north Florida (Leon County). He has written for many online publications such as People's World and Political Affairs where he was an associate editor. He also served on the board of the Bertrand Russell Society and was president of the Corliss Lamont chapter in New York City of the American Humanist Association. 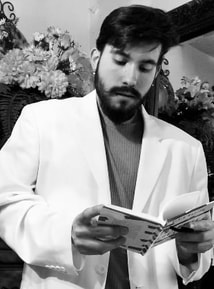 Carlos is a Cuban-American Marxist who graduated with a B.A. in Philosophy from Loras College and is currently a graduate student and Assistant in Philosophy at Southern Illinois University, Carbondale. His current research interests are in the history of 19th century American radical thought. He also runs the philosophy YouTube channel Tu Esquina Filosofica and Co-Hosts the Midwestern Marx Podcast, the Midwestern Marx hosted 'The Chapter 10 Podcast' and does occasional Marxist Theory videos on the Midwestern Marx YouTube Channel. 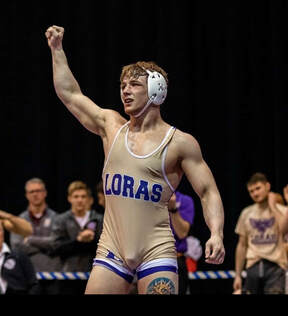 ​Edward is from Sauk City, Wisconsin and received his B.A. in Political Science from Loras College, where he was a former NCAA wrestling All-American, and an active wrestling coach. His main interest are in Geopolitics and the role of American imperialism with relation to socialist states, specifically China and Venezuela.  ​He also worked for Bernie Sanders' campaign in 2020. 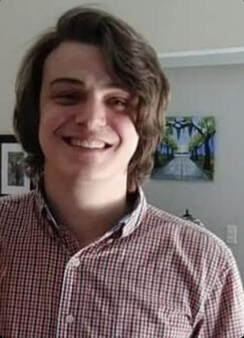 ​Alex Zambito was born and raised in Savannah, GA. He graduated from the Georgia Institute of Technology in 2017 with a degree in History and Sociology. He is currently seeking a Masters in History  at Brooklyn College. His Interest include the history of Socialist experiments and proletarian struggles across the world. 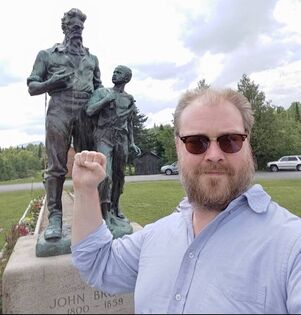 ​Mitchell K. Jones is a historian and activist from Rochester, NY. He has a bachelor’s degree in anthropology and a master’s degree in history from the College at Brockport, State University of New York. He has written on utopian socialism in the antebellum United States. His research interests include early America, communal societies, antebellum reform movements, religious sects, working class institutions, labor history, abolitionism and the American Civil War. His master’s thesis, entitled “Hunting for Harmony: The Skaneateles Community and Communitism in Upstate New York: 1825-1853” examines the radical abolitionist John Anderson Collins and his utopian project in Upstate New York. Jones is a member of the Party for Socialism and Liberation.

Tim Russo is author of Ghosts of Plum Run, an ongoing historical fiction series about the charge of the First Minnesota at Gettysburg. Tim's career as an attorney and international relations professional took him to two years living in the former soviet republics, work in Eastern Europe, the West Bank & Gaza, and with the British Labour Party. Tim has had a role in nearly every election cycle in Ohio since 1988, including Bernie Sanders in 2016 and 2020. Tim ran for local office in Cleveland twice, earned his 1993 JD from Case Western Reserve University, and a 2017 masters in international relations from Cleveland State University where he earned his undergraduate degree in political science in 1989. Currently interested in the intersection between Gramscian cultural hegemony and Gandhian nonviolence, Tim is a lifelong Clevelander. 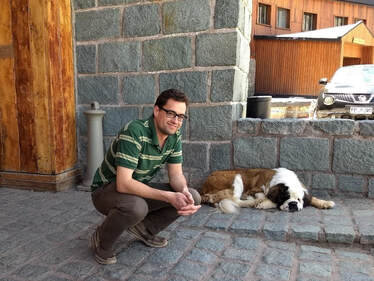 ​Ben Darr teaches politics and international studies at Loras College, in Dubuque, Iowa.  He went to college at Northwestern College in Orange City, Iowa, and earned his Ph.D. in political science at the University of Iowa.  His interests include global inequality, and U.S. foreign policy.  He is currently working on a book on spectator sports as a model of neoliberal politics. 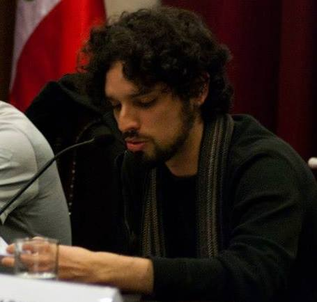 Sebastián León is a philosophy teacher at the Pontifical Catholic University of Peru, where he received his MA in philosophy (2018). His main subject of interest is the history of modernity, understood as a series of cultural, economic, institutional and subjective processes, in which the impetus for emancipation and rational social organization are imbricated with new and sophisticated forms of power and social control. He is a socialist militant, and has collaborated with lectures and workshops for different grassroots organizations.

​Anita Waters received a Ph.D. in sociology from Columbia University and is retired from the faculty of sociology and anthropology at Denison University in Granville, Ohio.  She’s the author of two books and many articles about Caribbean politics and other topics, and is a member of the National Committee and the Chair of the Ohio District of the Communist Party USA. 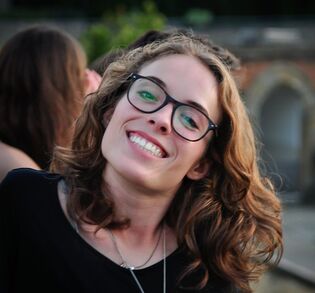 ​Calla Winchell is trained as a writer, researcher and a reader having earned a BA in English from Johns Hopkins University and her Masters of Humanities from the University of Chicago. She currently lives in Denver on Arapahoe land. She is a committed Marxist with a deep interest in disability and racial justice, philosophy, literature and art.

​Thomas McLamb is a Lebanese-American Marxist writer and historian. His current research interests involve the history of colonial incarceration in Lebanon and Syria. Other research interests involve Marxist perspectives on international capitalism and its consequences, as well as contemporary discourses on Marxism, communism, and anarchism. Thomas is currently completing an M.A. in History at Appalachian State University. 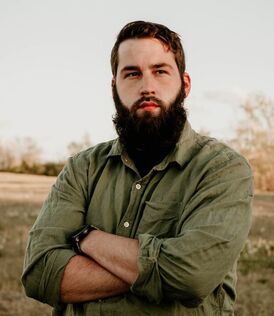 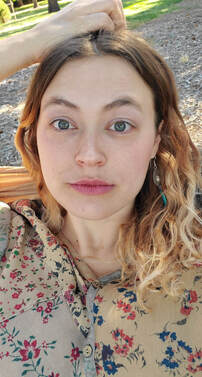 Maddy is a journalist, writer, and thinker based in Colorado where she works as a stringer for a small-town newspaper and has some odd jobs on the side. She is a member of the Democratic Socialist of America and is interested in bringing a lens of intersectionality to journalism and "pushing the envelope" to make people think critically about social issues. She love animals, music, food, creative writing, and the outdoors. She/her. ​ 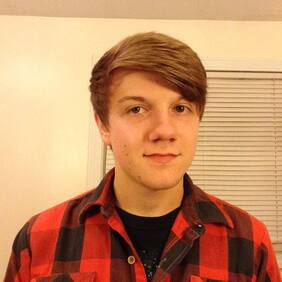 ​Jymee C is an aspiring Marxist historian and teacher with a BA in history from Utica College, hoping to begin working towards his Master's degree in the near future. He's been studying Marxism-Leninism for the past five years and uses his knowledge and understanding of theory to strengthen and expand his historical analyses. His primary interests regarding Marxism-Leninism and history include the Soviet Union, China, the DPRK, and the various struggles throughout US history among other subjects. He is currently conducting research for a book on the Korean War and US-DPRK relations. In addition, he is a 3rd Degree black belt in karate and runs the YouTube channel "Jymee" where he releases videos regarding history, theory, self-defense, and the occasional jump into comedy https://www.youtube.com/c/Jymee 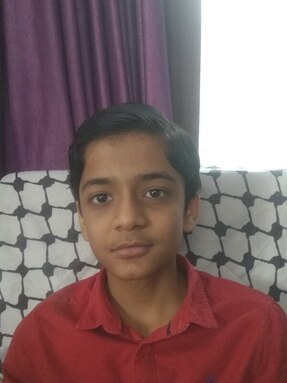 Yanis Iqbal is an independent researcher and freelance writer based in Aligarh, India and can be contacted at yanisiqbal@gmail.com. His articles have been published in the USA, UK, Canada, Australia, New Zealand, India and several countries of Latin America. 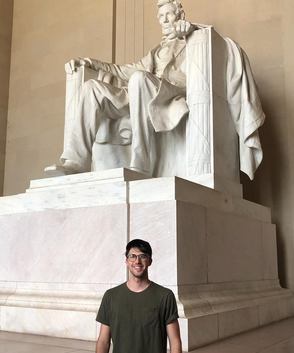 ​David Flora is a bartender living in the South with a bachelors in political science and is currently seeking a masters in public policy. Much of his organizational work and praxis involves fellow restaurant industry workers. He believes the restaurant industry in particular is an important part of a revolutionary workers movement. 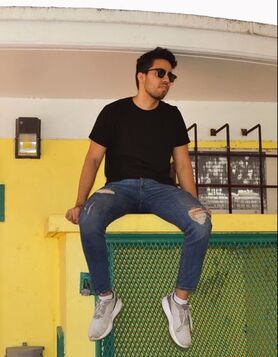 Gaetano is a Venezuelan digital content creator. He graduated from Florida International University with a BA in Political Science, focusing on history and the racial class struggle throughout the Americas. He now spends his time meandering through Instagram.

​Joseph Senecal McCann II was born and raised in Tallahassee, FL and is an alumnus of Flagler College in St. Augustine, FL with a BA in Liberal Arts concentrating in political science, international studies, and history. He speaks Spanish and French and his main interests are structural Marxism, ideology, revolutionary history, and existentialist and absurdist philosophy. 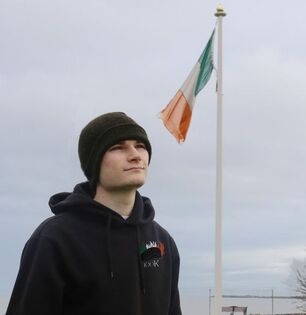 Cormac Kavanagh is a history student in his final year of University. His main subject of interest is the history of Empire building in relation to Ireland and how it is historically used as a blueprint for later colonies. He is also interested in dissecting the role of the US in the world and how their efforts to thwart unionization and  socialism both at home and abroad can be combatted. He is hoping to shine a light on Irish history in relation to Empire and on socialist movements in Europe, both in the past and present. 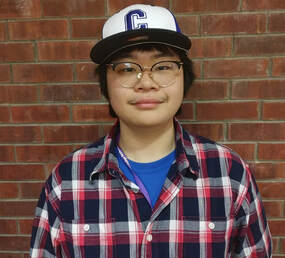 ​Greg Chung is a Korean-American, born in New Jersey, but lived abroad for ten years in Vietnam and South Korea. He moved back to the states in 2018 to attend college in Iowa, where he became a community organizer for Iowa Student Action and later the Cornell College chapter of the Young Democratic Socialists of America. 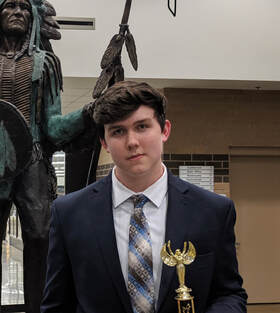 ​My name is Simon and I am a Marxist-Leninist born on the front range of Colorado. I currently live in Central Missouri and attend Camdenton Highschool. I am unusually young for the position of writer, which isn't an abnormality lost on me. I focus primarily on contemporary international issues with a particular focus on socialist states and their interactions. I hope to begin organizational work as soon as I am able. 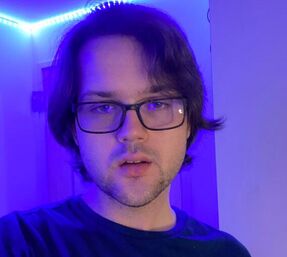 ​Jared Yackley is an undergraduate student of philosophy at the University of California, Berkeley. With his primary focuses in epistemology, history, and political philosophy, Yackley hopes to apply the principles of dialectical materialism to contemporary issues both philosophical and political.

Sahil is a Bengali/Tamil born young New Yorker looking to stimulate youth minds. He is a Hoxhaist interested in Decolonization and anti-imperialist studies.

Daniel Markham (he/him) is an undergraduate student at Rutgers University. He has experience working on progressive political campaigns and local left wing organizing. His primary influences are Roxanne Dunbar-Ortiz, Sylvia Federici, and Gerald Horne and believes in a Marxism that is fundamentally anti colonial, feminist, and advances the struggles for Black and Indigenous liberation. 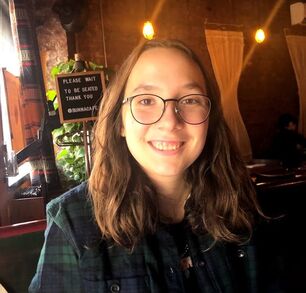 Ella Kotsen is an undergraduate student at Bryn Mawr College. She is majoring in English and double minoring in History and Growth & Structure of Cities. She plays Division III women’s basketball and has received Centennial Conference Academic Honors. Her main subject of interest is in geopolitics and understanding the historical implications of colonization in Latin American countries. She is interested in Marxist literary theory and enjoys the work of Fanon, Eagleton, and Althusser. Ella also writes for her own independent blog where she produces opinion pieces, book reviews, and audio-based interviews. ​ 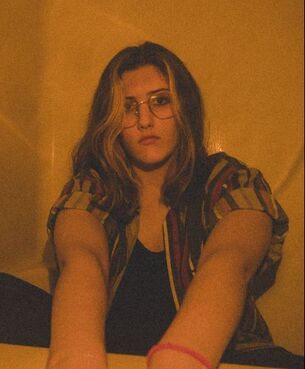 Tara Thomason is pursuing an bachelor’s in Political Science and Gender Studies. Their main interests are police and prison abolition, decolonization, black liberation, women liberation, and the global proletarian struggle. Much of their work goes towards organizing mutual aid efforts in their community and educating on Marxism. ​ 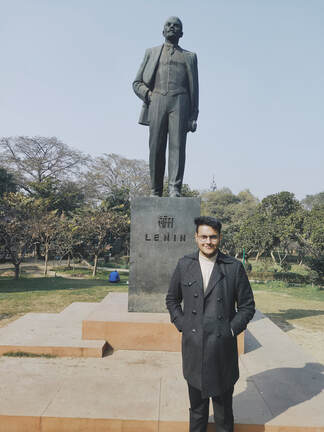 Harsh Yadav is from India and has just recently graduated from Banaras Hindu University with a Bachelor of Science degree in Chemistry. Harsh is a Marxist Leninist who is intrigued by different Marxist Schools of Thought, Political Philosophies, Feminism, Foreign Policy and International Relations, and History. He also maintains a bookstagram account (https://www.instagram.com/epigrammatic_bibliophile/?hl=en) where he posts book reviews, writes about historical impact, socialism, and social and political issues.

N.C. Cai is a Chinese American Marxist Feminist. She is interested in socialist feminism, Western imperialism, history, and domestic policy, specifically in regards to drug laws, reproductive justice, and healthcare.

About the Youth League

The Midwestern Marx Youth League (MMYL) was created to allow comrades in undergraduate or below to publish their work as they continue to develop both writing skills and knowledge of socialist and communist studies. Due to our unexpected popularity on Tik Tok, many young authors have approached us hoping to publish their work. We believe the most productive way to use this platform in a youth inclusive manner would be to form the youth league. This will give our young writers a platform to develop their writing and to discuss theory, history, and campus organizational affairs. The youth league will also be working with the editorial board to ensure theoretical development.  If you are interested in joining the youth league please visit the submissions section for more information on how to contact us! ​